How to invest in Bitcoin and cryptocurrencies

Bitcoin and cryptocurrencies is the new way to invest. We tell you what it is, how it works and where to buy and sell this virtual currency.

What are bitcoins and cryptocurrencies?

In simple words Bitcoin is a currency similar to the dollar or the euro, as such it pays to buy goods and services, but unlike conventional currencies the bitcoin is an electronic currency.

It is decentralized, it does not belong to any bank or financial institution, nobody controls it or has an issuer, but the members of its network generate them, more technically it can be said that it is a protocol and a P2P network (Peer to Peer) that is used as cryptocurrency, a payment system and a merchandise, which is based on a large chain of blocks (Blockchain) that is difficult to counterfeit and very similar to a large ledger, every transaction that is made is saved.

How does the Bitcoin network work?

To understand how it works in a simple way we will give you an example, imagine that the bitcoin network is a large vault, where no one can put or take anything out of it, so it is unalterable and has a defined number, you can only move the coins that are contains, they change ownership according to the transactions they perform, unlike conventional currencies that have an unlimited number.

Being a P2P (Peer to Peer) network that performs user-to-user transactions, it breaks with the limitation of conventional currencies that always require an intermediary between the two parties to carry out a transaction.

This large P2P network of computers around the world is responsible for the registration, monitoring and control of all transactions made. By using a complex cryptographic system, avoid attempts to falsify or duplicate.

How to buy bitcoin?

First of all to buy or sell bitcoin is necessary to have a wallet, there are many options in this regard, each with its pros and cons, here we will name some.

Bitcoin Core is a complete Bitcoin client and represents the backbone of the network. This offers high levels of security, privacy and stability. However, it has fewer features and takes up too much space and memory. It is available for Windows, Linux and Mac.

Bitcoin Knots is a complete Bitcoin client and builds the backbone of the network. It offers high levels of security, privacy and stability. It includes more advanced features than Bitcoin Core, but they are not so well tested. It uses a lot of space and memory. It is available for Windows, Linux and Mac.

BitGo is a multifirm wallet that offers a high level of security. Each transaction requires two signatures, protecting their bitcoins from malware and attacks on servers. The private keys are safeguarded by the user in such a way that BitGo can not access the bitcoins. It is a good choice for users without technical knowledge. It does not require installation since it is a web client.

BitPay Wallet is the multiple signature HD wallet originally created to secure BitPay funds. BitPay supports multiple personal and shared portfolios, testnet and the full payment protocol. A private BWS node can be used to improve security and privacy. It is available for Windows, Linux, Mac, Android and IOS.

These are some of the most popular options of wallets, there are many others, if you want to see the rest visit this link Wallets .

After we have chosen our wallet and installed, keep in mind that if you choose a complete client, which is more secure and private, it will download all the transactions made, this to date is approximately 240GB, the first thing that is recommended is to encrypt our wallet with a secure password of at least 10 characters. 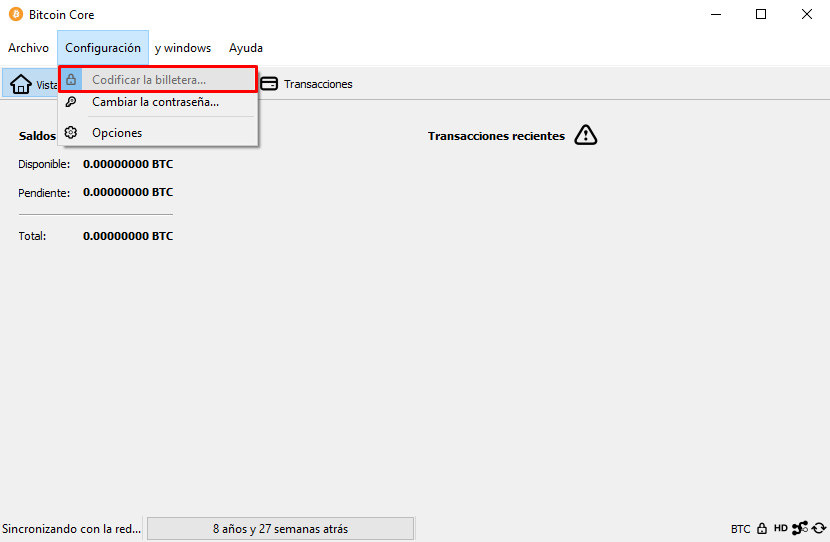 Bitcoin Core menu where to encrypt our wallet.

After installing the Bitcoin Core wallet your main window will look like this. 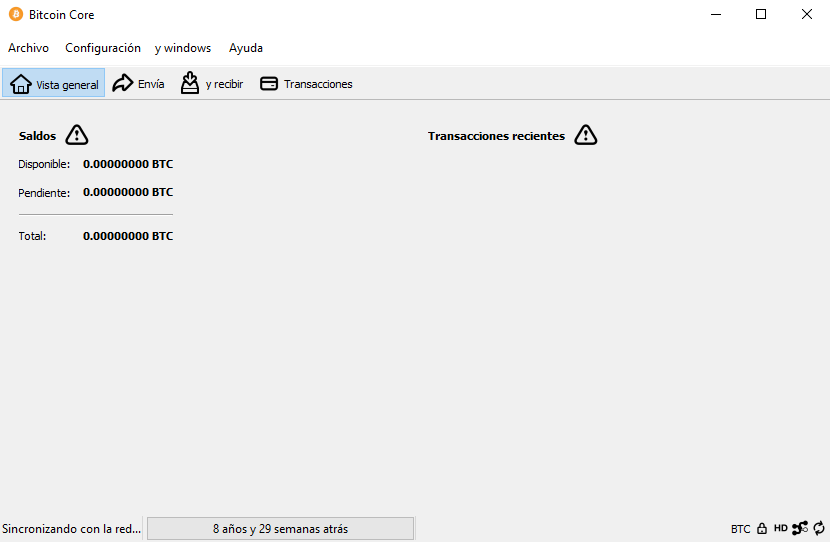 To create a Bitcoin receiving address, as it is necessary for our transactions, give this key to our trader or who wants to send us bitcoins. In the following image you can see the option "Receive" where clicking the "Request for payment" button will generate a public key that we have to deliver. 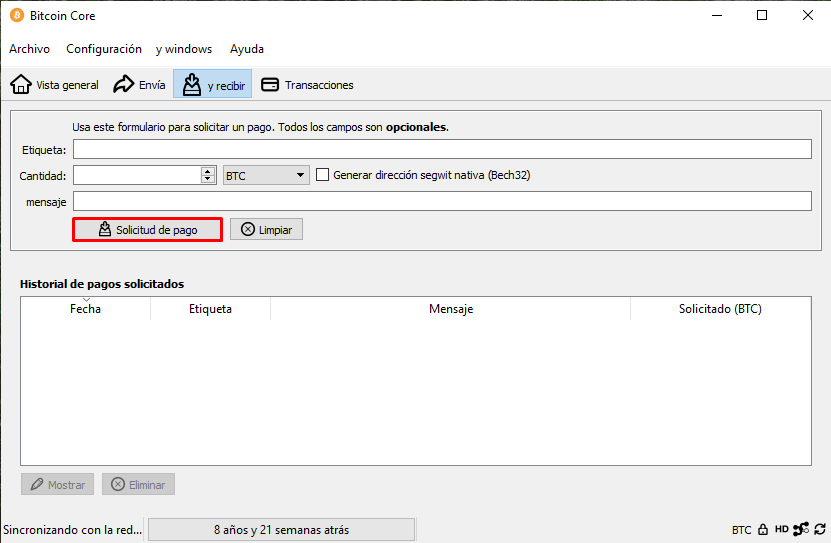 This is the public key that will be our receiving address for bitcoins. 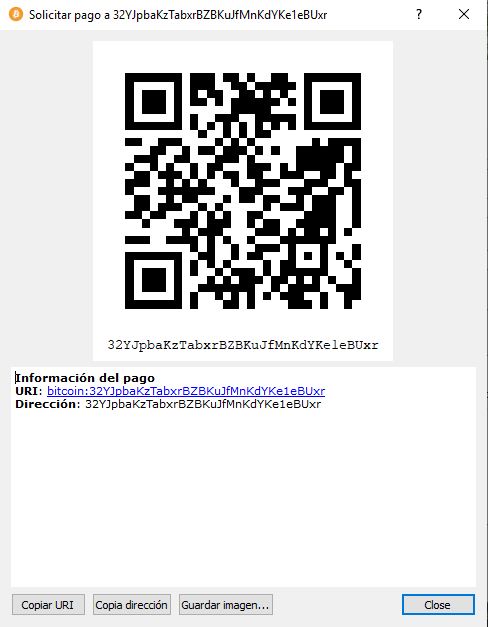 To see all our bitcoin receiving addresses go to the "Windows" menu and press "Receiving Addresses". 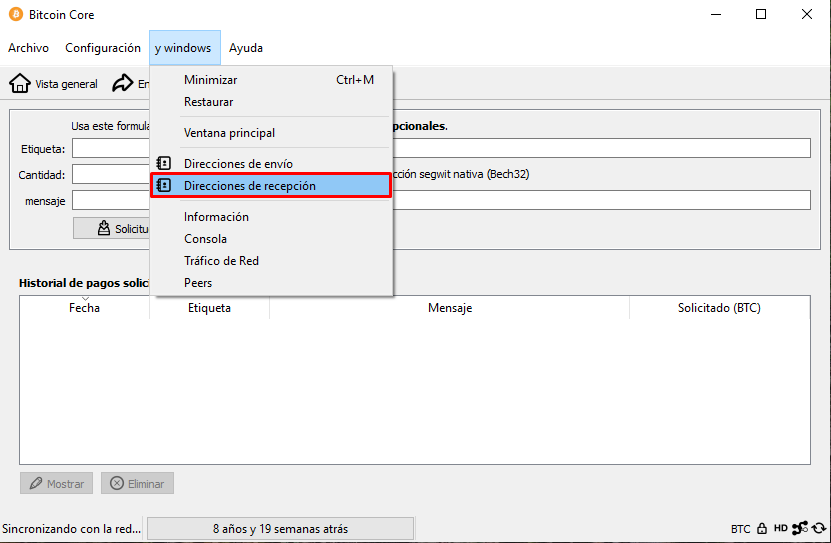 You will see a list like the following with all the reception addresses that you have created. 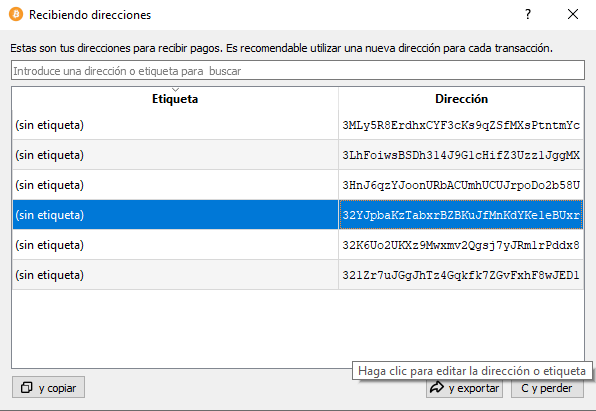 Now that we have our wallet ready, now let's see how to buy bitcoins.

To buy bitcoins it is necessary to use some of the trading pages, the most popular are:

Bitstamp is undoubtedly the leading trading platform in Europe in terms of trading volume. With an average daily volume of about 15,000 bitcoins, Bitstamp is backed by the investment firm Pantera Capital, which provides traders with the peace of mind of being able to operate with a well-established and capitalized company.

You can consider Bitfinex as the trading platform with bitcoin par excellence. This platform was founded in 2013 and operates from Hong Kong. The Bitfinex traders are the ones that lead the BTC / USD price of bitcoin compared to the other platforms, they are the ones that mark the trend of the evolution of their price with respect to the Dollar.

This cryptocurrency platform is based in Hong Kong but its scope and operation is worldwide.

Now it is only necessary that you create an account in any of these and start buying or selling bitcoin.

We are a group of enthusiastic computer and technology professionals. We want to help you understand and navigate through this digital world.

Meta warned on Friday that a million Facebook users have downloade ...

Liver cancer is one of the leading causes of death worldwide and i ...

Traces of ethylene oxide, a carcinogenic pesticide banned in Europ ...